There’s a scene in Walt Disney’s Mary Poppins when the characters jump into vibrantly colored chalk drawings on the street. This trippy fantasy is akin to the feeling of visiting Venice, Italy, when you might feel like you’ve jumped into a painting. From the architecture of the buildings to the personalities of the locals, Venice is a colorful city. Often referred to as The City of Love, Venice naturally brings people together both physically, through its close quartered maze of streets that force people to walk side by side, arms brushing against arms, and often communicatively when needing directions, due to common reception failures. In our Winter 2016 issue, we explored Venice as an endangered city so, if visiting this city is not on your bucket list, you might want to add it. LEFAIR Magazine ventured to Venice this summer. Discover five travel musts while you’re visiting Venice!

June 2nd is a national holiday for Republic Day, similar to Independence Day in the US and other countries. It celebrates the official formation of the Republic of Italy after World War II. Small festivals, concerts, and parades are held throughout Italy. Art Night Venezia, in late June, consists of museums, foundations, galleries, bookstores and cinemas, staying open late to offer visitors guided tours of exhibitions and churches, and concerts. What could be more romantic than fireworks in Venice? July’s biggest festival, Festa del Redentore, is held the third Sunday of July commemorating the end of the plague in 1576. Events take place at the Palladio-designed Redentore church in Giudecca. Ferragosto begins August 15th. It is an ancient Roman holiday called Feriae Augusti. This term refers to the holiday season proclaimed by the Roman emperor Augustus in the year 18 BC. On Ferragosto, and during this month, there are outdoor concerts, movies and of course, the famous Venice Film Festival usually starts at the end August.

During your stay on the island of Venice, you will not have the option to call an Uber or Taxi. The streets are narrow and locals and tourists travel by foot or by boat. The Venetian lagoon is an enclosed bay of

the Adriatic Sea. When you need a break from the crowded summer streets of Venice, a gondola is often the answer to transportation. Often lagoon-side hotels and restaurants are made gondola accessible with stairs leading to the water. Cruise through the Grand Canal and small waterways. Traveling by gondola also allows you to skip the lines at Saint Mark’s Basilica and the Doge’s Palace. You know the look — a tall thin man in a black and white striped long sleeve t-shirt facing the bow rows with a forward stroke, followed by a compensating backward stroke. Gondolas are similar to canoes but narrower, and are traditional flat-bottomed Venetian row boats. There are approximately 400 licensed gondoliers in Venice. Gondolas are sometimes elaborately and exquisitely decorated, with bright blue velvet seats and gold trim. Some even have accordion players for hire, ready to serenade you and your sweetheart (un canto Veneziano?) It’s close quarters in a gondola so be ready to get cozy. Of course, if Gondolas aren’t really your speed, there are always water taxis.

Venice has to be one of the most underrated shopping destinations. When it comes to luxury shopping or finding a deal, you can find both on the floating city. Just two years ago, Venice opened its first luxury shopping center, T Fondaco dei Tedeschi by DFS. Built first in 1228 as Fondaco dei Tedeschi, located at the foot of the Rialto Bridge, it is one of Venice’s most recognizable buildings, historically used as a merchant trading post, a customs house under Napoleon, and a post office under Mussolini. Thanks to the LVMH world-leading luxury travel retailer, DFS, known for curating selections from exceptional desired brands through 420 boutiques on four continents, this famous landmark is now a shopping mecca for tourists from all over the globe. Sometimes referred to as the “Harrods of Venice,” DFS did wonders in selecting some of Italy’s finest designers

If you are looking to invest in quality designer staples but don’t want to spend time inside a shopping center, check out the following high-end shopping streets: Salizada San Moisè, located just a short walk away from the central Piazza San Marco, where you’ll find those pronounced Etro prints; Calle Larga XXII, near Piazza San Marco, lined with both Italian and international designer boutiques like Bulgari, Salvatore Ferragamo, Tod’s and Burberry; or Le Mercurie, a series of streets located between the Ponte di Rialto bridge and Piazza San Marco.

One of the best parts of shopping in Venice is discovering the small, lesser-known gems. On our journey, we happened upon Gualti, designer Gualtiero Salbego’s studio- gallery. The space is a sensory sanctuary with dresses made of reflective mermaid skin- like materials, organza, taffeta, or satin, cocoon-shaped scarves spiraling down from the ceiling. We’re looking forward to including Gualti pieces in our editorials in the future. Finally, if you happen upon any small leather goods or shoe stores that carry a shoe brand called “DONNA IN MEMORY,” buy the shoes. These highly affordable, impossible-to- find-on-Google Italian shoes are made of exquisite leather. Their gladiator sandals will last even after running through a Venice torrential downpour for twenty minutes.

Whether you’re a long-time art collector, beginning a collection, or just looking, there’s a lot to look at in Venice, Italy. S.a.L.E Docks: this underground subversive contemporary space for artists began in 2007. Run by students, artists, art industry professionals, and cultural workers, the space is used to facilitate collaborations between local artists and students and develop projects with international art agents and artists. SaLE organizes seminars, exhibitions, workshops and is located at Magazzini del Sale, Dorsoduro 265, near Punta della Dogana, Venice. It is open during exhibitions, from Thursday to Sunday, from 2:00 to 7:00PM.

Situated near the Peggy Guggenheim Collection, the young gallery Punta della Dogana is inside the 17th century warehouses at the Punta, located between the Grand and Giudecca Canals at the tip of an island in the Dorsoduro district, adjacent to the Dogana da Mar, Patriarchal Seminary, and Santa Maria della Salute. It’s diagonal from the Piazza San Marco. The point was first used for docking and customs as early as the beginning of the 15th century. However, this structure had long been neglected before it was auctioned off in the early 2000s to French billionaire businessman, art collector, Francois Pinault whose collection with works by the likes of Albert Oehlen, Cindy Sherman, and Rudolf Stingel are currently on display.

With four galleries between Venice and Cortina D’ampezzo, 40 years of experience and over 1,000 square meters of exhibition space, Contini Galleria D’Arte, houses a vast and superior collection of national and international artists including Manolo Valdés, Igor Mitoraj, Robert Indiana, Fernando Botero, Zoran Music and Julio Larraz as well as a few emerging Italian painters such as Enzo Fiore, Mario Arlati and Carla Tolomeo. The most prominent found is located in Venice, within a five-story building. Art collectors are invited to be part of the prestigious, exclusive, CONTINI CLUB, that provides direct contact with its roster of artists. 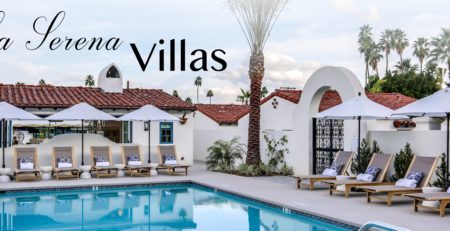 Photography Tracy Kahn @tracykahn Writer Madeline Rosene @madelinerosene The easiest way to judge how nice your stay was at any hotel... Read More 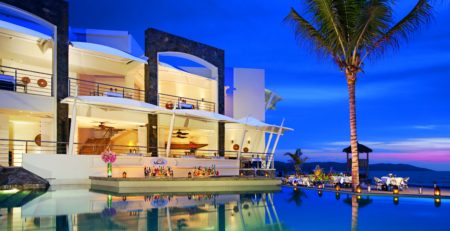 We exited the airplane onto the runway and into the hot humid Mexico air that smelled like vacation. After... Read More 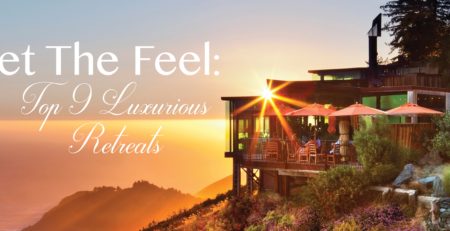 Get The Feel: Top 9 Luxurious Retreats

Getaway from the everyday grind and nurture your body, mind and spirit at one of our favorite spa &... Read More 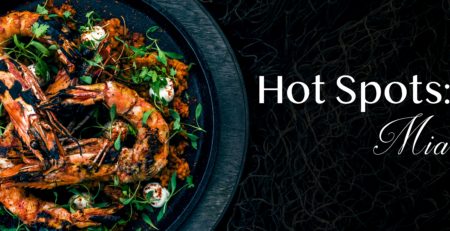 Writer: Kate Ferguson  The appeal of Miami is unparalleled. The city is rich in culture, pulsing with heart, and one... Read More 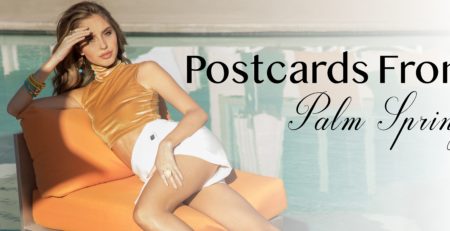 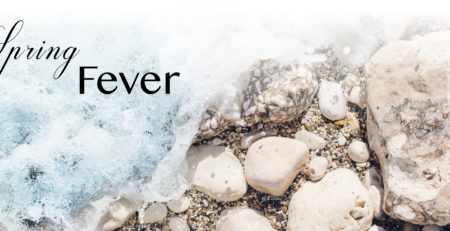 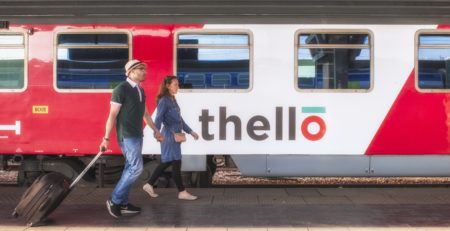 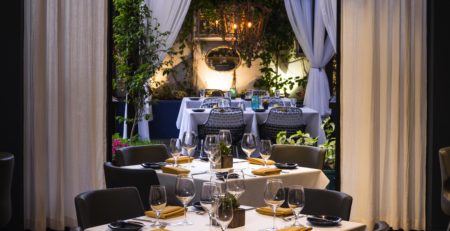 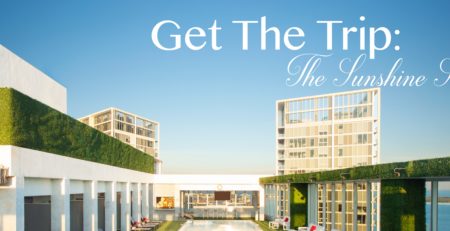 Get The Trip: The Sunshine State

Five luxurious hotels for your next trip to southern Florida A 3-peat winner of the coveted All-America City award, Delray... Read More 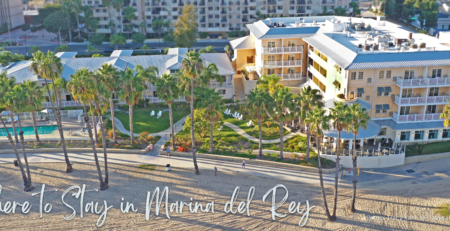